You might know the story of the little boy who saved his town from flooding by putting his finger in a hole in the dike. But you probably haven’t connected the dots between this story and the task of keeping sales team motivation high. Well, not until now, at least.


“Suddenly a thought came to Hans.

He stuck his little forefinger right into the hole, where it fitted tight;

and he said to his little brother, “Run, Dieting!

Go to the town and tell the men there’s a hole in the dike.

Tell them I will keep it stopped till they get here.”

The Little Hero of Haarlem, An American Fairy Tale

There’s one problem worse than flinging your company’s doors open with the expectation of seeing a crowd of eager prospects, wallets in hand and ready to buy, and seeing nothing but tumbleweeds. It’s investing in marketing that works like gangbusters… and not being ready for that success.

Feast or Famine in the Trenches 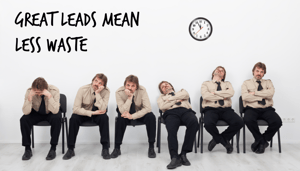 Imagine having to explain to the powers that be that while, yes, you’ve achieved a record-breaking high return on the marketing dollars in the budget, there’s nothing to show for it. All the resources invested in generating leads (it’s anything but simple!), like water leaking through a hole in a dam, can easily be wasted. Achieving a state of readiness before the call center phone starts ringing is crucial if you don’t relish the thought of watching your precious leads seep into the mud because nobody readied a bucket to catch them in.

In an organization that insists on cultivating its leads in-house, there’s a considerable ramp-up period between when the light turns green for the business development team and the moment when the phone starts ringing. There will likely be false starts during the test and tweak phase of lead generation. More than likely, the sales team will have such an extended waiting period before their first conversations with prospects that they might conceivably become thumb-twiddling experts in the interim.

But it’s not like that when companies buy their leads from a pay per call partner. In this case, the work of lead generation is already underway. The testing and tweaking process has already been completed. Like an oil well that’s going gangbusters spewing crude, the hard work is done and all that’s left to do is to capture it.

Many smart businesses turn to Mark Coudray, Founder of Coudray Growth Technologies, for help optimizing their call centers. The really smart ones do so before pouring gasoline on the fire. Mark helps them hit their specific KPIs to optimum levels before they scale. Here’s some of the advice he gives them.

Get Your Sales Process Nailed Down First 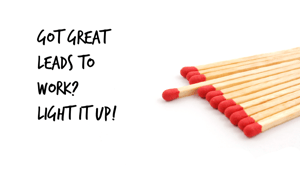 You need to have your sales process completely defined and worked out because without that sales process you're presented with leads you have no idea where that person on the other end of the phone is coming from in terms of some key issues. How immediate is their need? Does this lead need to be developed? What is their actual status? You have a very short time to analyze their situation, to connect with them at the relationship level, and then to deliver your sales presentation in such a way that it results in an order.

“I've run into many organizations that are very ill-prepared to deal with the lead stream that comes to them from whatever channel they're using. Pay per call is no different than pay per click. You're getting a prospect delivered to you. You need to convert that lead as quickly as possible. In the environment that a paid call is coming in on, there's already some qualification there but it needs to be maximized without feeling too pushy.”

Know Your Numbers Before the Fire Hose Starts Blasting 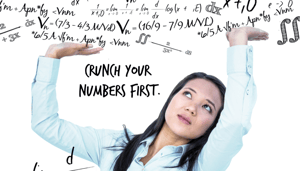 Here’s the bottom line: You need to know what conversion rate is acceptable. Does 25% work for your numbers? Are you looking for 60% or more? Hitting your numbers really comes down to the sales process. There are ways to improve the chances of conversion, and the more efficient you can make the entire system through your partnership with your leads provider, the higher the likelihood your conversions will be good.

Setting and meeting real target numbers obviously impacts a company’s financials. But there’s also a lasting impact on your human resources that extends past the quota period. Sales team motivation in your call center is tied directly to the amount of rejection they experience and the pressure that's exerted upon them to convert.

If you've got a system that converts well, that, by definition is going to reduce the amount of pressure that management has to exert on the sales team to convert those leads. It also lowers the rejection level of calls coming in and helps guard and boost morale.

From a sales management standpoint, it makes sense to do everything possible to reduce the rejection rate by determining the causes of the rejection. In particular, you want to address how your call center agents will frame their conversations in such a way to reduce the tendency for a negative outcome.

Start the flow of calls too soon and it’ll come back to bite you. Even with the opportunity to get low-cost marketing to generate a high volume of calls, you can burn time and money in your call center if the team is not prepared to answer and convert those calls. While replacing wasted calls is just a matter of money, replenishing burnt morale is not so simple. 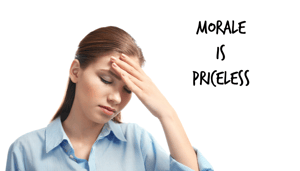 When sales team motivation becomes an issue, your conversion decline compounds. That’s because the expectation moves from closing a deal or converting to a positive result to expecting to fail. When you set the call frame with an expectation of failure you're just literally driving to that outcome. The mental state is so essential for success. Getting the agents into that positive mental state and having them stay there over the course of the day is a full-time job.

A major part of sales management is figuring out how to maintain that state of positivity in your team. More challenging for each agent is figuring out how to bring it back when you've had a really bad call. How do you bounce back when somebody's gotten really angry with you and gotten very personal? It happens all the time – the other person feels offended or feels like they're being manipulated or persuaded, then they throw it back at your agent on a personal level. The more personal it gets the greater the impact on morale.

Let's say you lose people because morale takes a dive because you weren’t truly prepared to start taking calls. Maybe your call center challenges result in a mass exodus. What's the financial cost for having to replace multiple agents?

One call center Mark worked with had just six people handling high-ticket sales on the phone. Before management called him in, they were struggling. With the changes Mark made in optimizing the call center’s readiness, that little team saw a jump of $1.2 million in just six months. 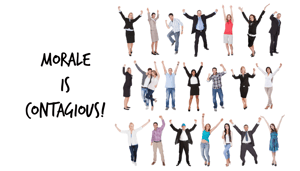 Morale is contagious; there's no question about it. If you've identified one or two toxic people in your call center environment, you've got to get them out of there. You've either got to get them out for more training or remove them from the environment. But you don't want them in that environment because demoralization can spread like wildfire.

Your vigilance begins with walking around and building relationships with your agents. Then keep the lines of communication open – both verbal and non-verbal. Mark always looks for body language.

“If I'm walking across the call center floor, watching people take calls, I'll just sit at the top and watch. In particular, I'll watch their body language during and after the call, especially if the call resulted in a failure where they weren't able to convert. Then I'll listen to the comments they make after the call. In particular, I’ll pay attention to any sarcastic, snarky comments they make loudly enough for other agents to hear.

“I'll go back in and listen to the calls from that agent and just listen for their tonality and their delivery, the type of questions they're asking, the sequence of questioning they're going through, whether they're being compliant to the sales process we're working with, whether it's a script or whether it's a free form. Are they compliant with what we're after? All of that comes into play to determine what's going on.

“It's a fine line between being coachable and requiring more training and education. But it boils down to the attitude of the individual. You can train everybody all day long. You can be the best coach in the world. But if they're not coachable and their attitude is not responsive enough to get them back into the game, that's not a project you should pursue.

What Great Managers Do to Protect Sales Team Motivation 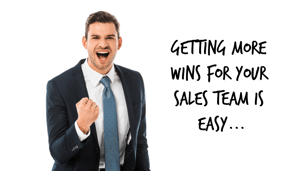 With experience, it gets easier to determine quickly whether deflated sales team motivation is salvageable. It’s just a matter of touching base with everyone in the call center on a regular basis. As a manager, the hard part of guarding your call center’s morale is the “people” part - communicating, training, coaching, and encouraging your agents to show up and do their best every single day.

The easy part is providing your team with the right volume of highly-qualified leads to work. Whether you need inbound phone calls or data leads for your team, you’ll get the best possible sales performance when the people on the other end of the call are ready, eager, and able to make a buying decision.

Even easier… getting all those leads from a source you can trust to tie their success to yours. That source, of course, is Digital Market Media. Ask around about us, and you’ll find that we’re becoming recognized as experts in providing fully-compliant, top-quality leads for multiple industries. Get in touch with our team today to find out how you can boost your sales team motivation with our high-converting leads.

Key Skills for Call Center Agents: How to Hire and Train the Best

Frontline employees, such as call center agents, can make or break a business. The company’s... Read more

How to Improve Call Center Productivity

We all want to work smarter, not harder. With that goal in mind, is your call center as productive... Read more