The Do Not Call List: Are You SURE You're Compliant?

“Put me on your Do Not Call list, please.”

That’s just one that way consumers can stem the tide of sales calls they get. It took an act of Congress to give people some relief from the onslaught of unsolicited sales calls making their phones ring off the hook.

The DNC began in 2003 as part of the Telephone Consumer Protection Act, or TCPA. We’ll dive more deeply into what’s involved in more general TCPA compliance in a moment, but the DNC part of TCPA is a good jumping off place for this discussion.Does the Do Not Call List Apply to You? 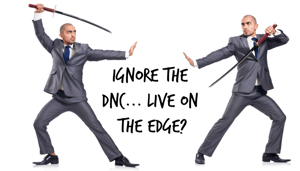 Do Not Call applies to anyone making outbound calls offering products or services for sale. There are federal and state regulations you need to understand, no matter what size company employs you. With more than 266,986,860 numbers in the registry, there are state lists, federal lists, a Direct Marketing Association (DMA) list that’s been around since 1985, and finally, most companies keep an internal list as well, adding numbers to it when prospects ask to be added to it. What all these lists have in common is that you should never, ever call the people on them.

There are exceptions, of course. The rule applies only to calls to consumers. Business to business calls are not covered; neither are calls made to business phone numbers – even if they are business to consumer calls. Political calls are exempt, as are calls from non-profit organizations, survey takers, and creditors or collection agencies. Should a consumer do business with a company, any calls made within 31 days are exempt – unless the consumer asks to be added to the company’s internal do-not-call list. Cell phones and landlines that are not on the list are fair game.

What’s at Stake If You Violate the DNC?

Just a few cautionary tales to keep you up at night if you’re not on top of DNC List best practices:

In an ironic twist, Sears itself got into hot water in 2018 for violating the TCPA by using an autodialer that “dials incorrect or reassigned phone numbers” with a prerecorded message that call recipients had not agreed to receive.
(https://topclassactions.com/lawsuit-settlements/lawsuit-news/848808-sears-class-action-alleges-prerecorded-messages-violate-federal-law/)

Finding out which numbers are on the DNC is simple, if costly. According to DNC.com, companies that make calls into more than five area codes, if they are for-profit organizations calling residential phone numbers, are required to buy the Federal DNC list. At this writing, the list for the first five area codes is free. After that, the cost runs $59 per area code and more than $16,000 for lists covering the entire United States.

Ignorance is anything but bliss. Should a company elect not to purchase access to the DNC list, it “could be liable for placing any telemarketing calls (even to numbers NOT on the registry) unless the seller has accessed the registry and paid any required fees. Violators may be subject to fines of up to $41,484 per violation. Each call may be considered a separate violation.” (https://www.ftc.gov/tips-advice/business-center/guidance/qa-telemarketers-sellers-about-dnc-provisions-tsr)

There is, however, a “sahttps://www.ftc.gov/tips-advice/business-center/guidance/qa-telemarketers-sellers-about-dnc-provisions-tsrfe harbor” against liability if your company calls a number on the DNC accidentally, provided the company can prove that it meets a certain set of requirements. Those requirements include: 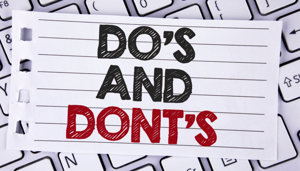 Obviously, you don’t want to use seeking refuge in that “safe harbor” as a risk mitigation strategy. The burden of compliance may be heavy, but it’s unavoidable. While the smartest move would be to consult with an attorney who’s focused on telecommunications law to ensure your company’s policies keep you on the right side of the law, here are some basic rules to live by:

Choose Your Lead Source Wisely, Too

Compliance is a team effort, in the end.

There's a lot you can do inside your call center to ensure your sales team only ever talks with people who truly want to talk with you. Guarding the experience your prospective customers have with your company, starting with the first contact, not only creates goodwill... it also goes a long way toward protecting your company from the devastating legal fallout that can happen if you call the wrong people.

But the burden of DNC compliance doesn't have to fall solely on your shoulders. By partnering with a lead provider known in the industry for its commitment to full compliance, you can add another level of vigilance while ensuring your sales team has the best possible chance of turning calls into sales.

If you've got questions about how Digital Market Media's calls, clicks, and leads can help you surpass this year's sales projections, we should chat. We're here to help call centers succeed. Just click here to get in touch.

Business Development in 2019: How to Make this the Easiest Job You’ve Ever Crushed

Business Development Fills Funnels to Overflowing If you’re in charge of business development for... Read more

Despite being overlooked at times, the call center abandonment rate impacts many aspects of a... Read more